Skip to content
06 May, 202206Leave a Comment on James – Name Meaning, The Perfect Choice for Your Baby! 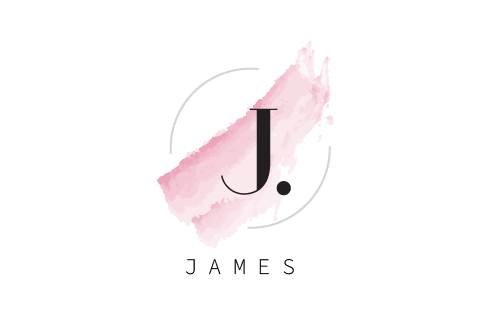 If you’re looking for a name beginning with the letter J for your baby boy (or girl!), then have you considered the name James (pronunciation Jaymz)?  This traditional name is just as popular now as it was hundreds of years ago and has a rich tapestry of history related to it but what is James’ Name Meaning?  It’s derived from the biblical name Jacob and its meaning is exactly the same as Jacob.  It means “supplanter”, or roughly translated, substitute and is a form of the Hebrew name from the Old Testament, Jacob.  Not only does the name Jacob feature in the Old Testament but it also appears in the New Testament as Jesus had two apostles named James.  Looking for more biblical names?  Check out this link here: https://stacker.com/stories/4486/most-popular-biblical-baby-names.

While the name James is a boy’s name, there are plenty of baby girls with the same name, or with a slight variation, Jamie (which is widely known as a boy’s and a girl’s name).  Blake Lively’s daughter is named James.

The Popularity of James Name Meaning

Without doubt, James is one of the most popular boy’s names in the USA and the UK, during the 40’s and 50’s it was consistently ranked in the top 5 names and even today, it is usually found in the top 15 boys’ names. It’s also popular for girls now as mentioned, and frequently comes into the top 75 names for girls – so if you like the name for your daughter then you’ll be in good company!

The Name James in Other Cultures and Languages

As well as being popular for American, Australian, and British babies, the name James is used across the world, with variations according to language as follows:

If you’re seeking a biblical James name meaning something traditional, but don’t want to use James, you could consider Jacob, Jake, Abraham, Benjamin, Jonathan, Asher, Elias, Elijah, Joseph, Jonah, Levi, Samuel, Simon, Noah or Nicholas as other ideas.  Of course, if you want a name beginning with J, we’ve already mentioned Jonathan, Jonah, Joseph, Jacob, or Jake but you could also use Jack, Jeremy, Jason, Jude, Justin or Jordan as some other smart ideas.

Shortening James Name Meaning into Something Else

It’s not as easy to shorten the name James as it is with other names, and actually, the name is often lengthened instead – to become Jamie. The most popular names derived from James and used as nicknames are Jay, Jim and Jimmy.

Famous People with The Name James

As already mentioned, the name James was widely used during the Middle Ages especially in the United Kingdom with lots of Scottish Kings and subsequent English Kings taking the name.  Don’t forget James Bond, the fictional character famed for his spy escapades and the famous American singer James Brown.  The 15th president of the USA was James Buchanan and other James’ (preferring the derivative Jim) are Jim Carrey (comedy actor), Jim Morrison (lead singer of The Doors) and Jim Belushi, another American actor.  The name Jamie is widely used too – Jamie Lee Curtis is a well-known female actor and Jamie Oliver is a famous British TV chef.

So if you’re seeking a wonderful name for your son or daughter, consider James, it will never go out of style!